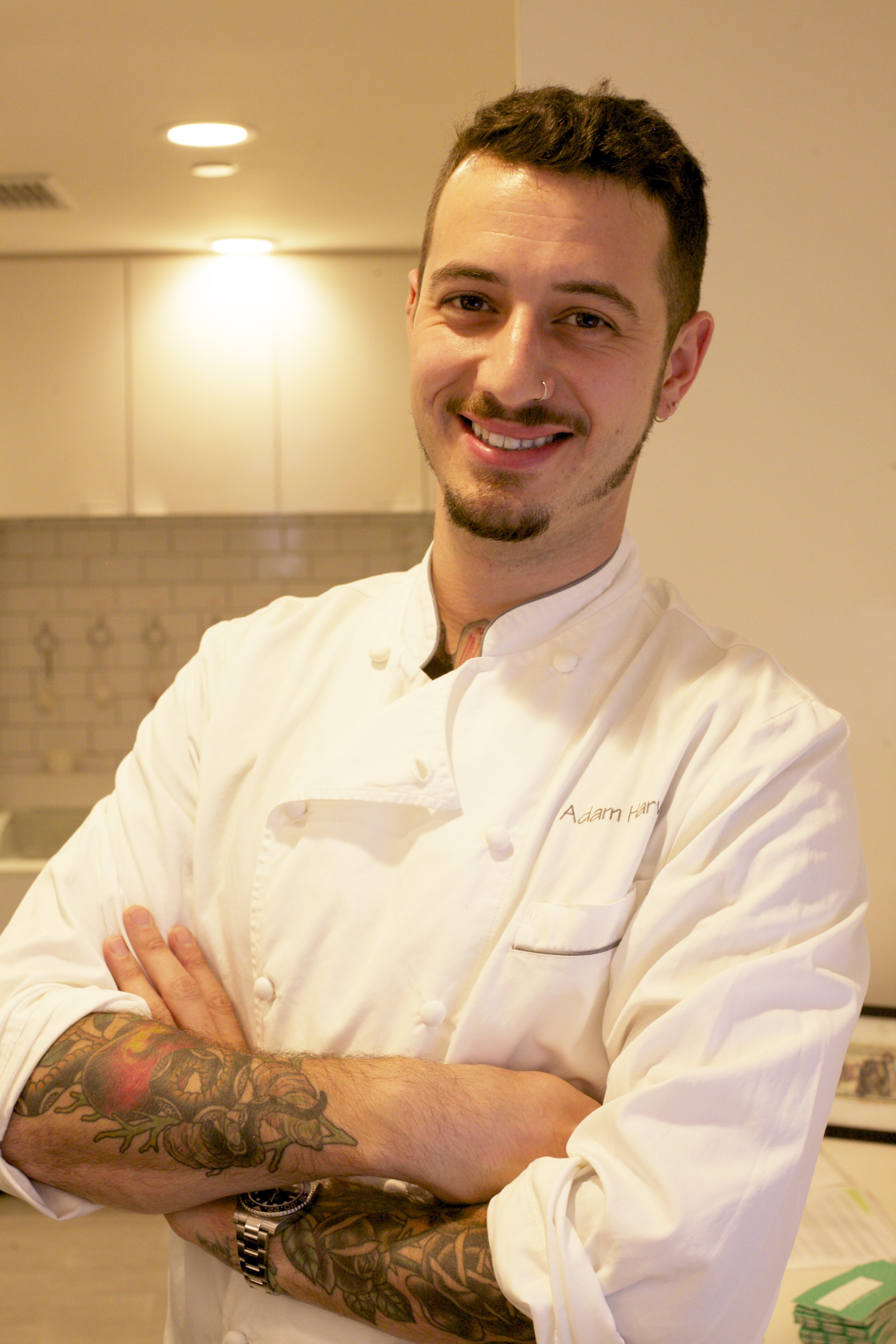 People often wonder which is more important: diet or exercise? Experts have argued both sides, but our question is: why do we have to choose? When you put the good stuff in, you get the good stuff out, and it’s never too late to make a change. Need proof? Meet Adam Harvey.

From the minute Adam steps off his motorcycle, you know he’s the kind of guy you want to be your friend. Smart, hilarious, and badass as they come. When he came to SWERVE for the first time last year, he was immediately drawn to the team aspect and competitive nature of the class. A self-proclaimed Type A, SWERVE is his place to take control, challenge himself, and lead his team. He also liked the idea of being able to track his progress from class-to-class.

“When I first came, I had no idea what the SWERVE Score was but I trusted that I was legit. Now I track that shit every class.”

In addition to crushing SWERVE scores and getting in (even better) shape for his wedding, he’s a successful NYC chef and entrepreneur. So yes, he’s that Adam Harvey, from Bravo’s Top Chef. From his Italian-American grandmother and grandfather (a professional chef), to David Burke, Danny Meyer, Floyd Cardoz, and Dan Kluger, he’s spent his life learning from the best of the best in the kitchen.

With the skills and experience he needed, he saw early success in his career. But like many ambitious, business-focused individuals, his personal health fell by the wayside. He’d use fresh, delicious ingredients to cook elaborate dishes for restaurant patrons, and then go home and microwave a few ham and cheese Hot Pockets for his dinner.

“I had access to all the food I could want, but still ate nonsense.”

The other enemy to his health and happiness: smoking.

“I was an angry, cigarette-smoking chef for years.”

Between the tobacco and the what-am-I-actually-eating meals, he knew he wasn’t doing any favors for his health. So one day, he purchased a bicycle and decided to quit smoking (it was a big day). And like the journey of changing any habit, it certainly wasn’t an easy one, but the effects came quickly and clearly.

“I quit smoking, I adapted a healthy lifestyle, and suddenly I had more energy in the kitchen. Plus, without the cigarette flavor in my mouth, I could actually taste the food I was cooking.”

Adam attributes his successful shift in lifestyle to the fact that he looked at his health holistically, rather than changing just one element. Exercising gave him more energy while he cooked; he exercised better without smoking; and a cleaner palette improved his ability to control taste in food. All of these seemingly not-work-related decisions were drastically and directly improving his professional career. So once he had adapted this healthier lifestyle, he asked himself, “What other unhealthy things am I doing and how can I fix them?”

Because of his profession, Adam’s answers to these questions revolved around people other than himself. He was feeding hundreds of people per day and he knew that the food he served them directly affected their health. So his first fix was his own employees: while maintaining the cost of the meals, he broadened their diet to include better nutrients and leaner sources of protein. Almost instantly, he saw better attitudes and higher productivity.

Next, he made informed decisions about the kind of food he would put on menus. He had so many tools on-hand to create natural flavor that he no longer saw a need for processed ingredients. By adding spices and a bit of ghee to the abundance of flavor found in nature, he soon banished the unnecessary “bads” altogether in his life and in his career.

“I don’t cook bullshit. I don’t eat bullshit. And I won’t support it.”

For those of us who don’t have an industrial kitchen at our fingertips or a formal culinary education to help us pick what we eat, Adam has simple advice:

Whether you’re cooking at home or going out to eat, Adam believes that all you need is transparency into what is being put into your food. With that knowledge, you’ll be able to make the best decisions for your diet. And once you have your diet set, you’ll continue to see the symbiotic relationship between healthy eating and regular exercise.

Today, Adam continues to impact the wellness of people around him by providing education about what it means to live a “healthy lifestyle” and advice for how that can be achieved. We all have our own paths, obstacles, and circumstances that make a leap like “eating clean” seem too big. But if we were a betting brand, we’d say that once we make understanding our food a priority, making better choices will be much easier than it sounds.

Learn more about Adam and his work here.

Are you a SWERVE Entrepreneur? If so, no matter what industry you’re in, we want to hear about your business and fitness journey! Email us at info@swervefitness.com to introduce yourself.